Background to the yoga journey

I started practicing yoga 2010 after spending my Thailand vacation as a bungalow neighbor to a German yogi. The expression “yogi” is commonly used for a man who is practicing yoga;- “yogini” is the female yoga practitioner. The German guy and I shared a terrace so we naturally started to talk to each other.

After many years of too much work and a high stress level I was on the path to getting burnt out. I needed a change, drastically. I talked to my manager at the time and told him that something needs to change. I came up with some suggestions that would ease my burden. All proposals were rejected. I had no other  I had no other option but to quit my job, otherwise my health was in danger, otherwise my health was in danger.

Said and done. I got a new and better job with a fortunate 2 month vacation between the positions. What to do now? I knew what I needed but not how to get it. I wanted peace of mind, relaxation and just being me for a while. I´ve always been some kind of searcher so I started googling and found a Buddhist meditation retreat in Thailand that looked interesting. Meditation, hey, isn’t that what strange people are doing? Those hippie looking …well, strange people. Today I have a very good laugh about my own prejudgments. And I also have the most humble respect for anyone I meet that think the same. I was once one of them. And the rest is history so to speak.

Yoga and meditation is for all

No, yoga and meditation is not only for strange people. It is also for you. The normal person. The office worker, executive, car mechanic and accountant. Truly, I don’t know why men get scared when you start to talk about yoga and meditation.

Do men know what yoga is about?

Many men that I’ve met have a strong opinion about yoga. They know for sure what that kind of mumbo jumbo it is . (They haven’t tried of course) Looking down at me like I was 5 years old and saying: -Yoga is for hmm..strange people.

Then I look back like a 5 year old saying: – Do you think I’m strange Sir? Then the normal man says: – No no, not you, those other people. Usually I give up here and silently realise that I don’t want to be normal. Like him.

What is a man, really?

After asking that question to a very young girl she replied: – A person with a pen*s. I continued asking her: -Is that all? No she said: – He has balls too. That kept me laughing for a while. I love the honesty and innocence children have. They will tell you the truth, and nothing but the truth. Until they get older.

I want to expand that definition a little bit by giving you my short version of what a man is, without being too philosophical.

An interesting thing is that the four points above also work for women. It’s not a man/woman thing. It’s a human thing. Got it?

Do I need to comment on this? All yogis are gay, except me, so the answer is no, not all yogis are gay. Are all men with a red car gay? The fact is that I haven’t seen or recognized more gay people among yogis than at any other place. Forget it!

B-LIGHT Sportswear. All organic. All yours.

Are you convinced that yoga is something for men?

I don’t want to push people in a direction they don’t want to go. But what I do want is to reach out and tell people what yoga can do. It’s dynamite for body and soul. The bricks you are made of.

Some reasons for why you might not be convinced

It’s so nice to live in the comfort zone. But is it living? Isn’t life supposed to be challenged, at least to some extent? For pure joy, out of curiosity or just for amusement. Are we so afraid of losing control that we sacrifice the full potential of life? Sadly enough, for many, I think it is so. At least in many cases.

Yes, you are worthy of feeling good and having a high quality life

I strongly believe that a healthy body and a healthy mind is the source of a happy life. I can only speak for myself but yoga gives me access to that. My search is in a way over. I have found what I’m looking for.

Yoga will not bring bread and butter for your dinner table but it will give you the energy and potential to reach higher, whatever your mission is. Like you add a slice of cheese to that bread and butter. Something extra to a delicate meal.

Let’s have a look at some organic yoga clothing for men! 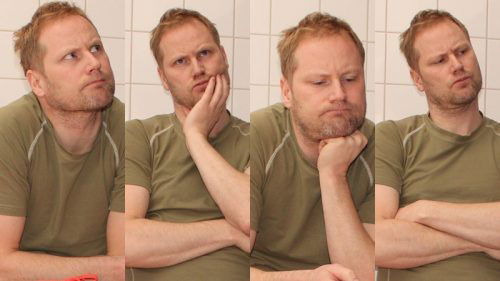 Sometimes when we’re excited to tell the world what we’ve discovered, it can sound like preaching. That’s not my aim and I appreciate you reading my blog. I hope to share the delights and balance of yoga with you, and wish you a better quality of life, as I’ve found. Namaste.

2 thoughts on “Why men should or shouldn’t do yoga”